In print media they say you’re only as good as the last issue, column or article.

I wrote my usual City Hall-Hot Topic page about Harvey Milk Day in Weho, which took place at West Hollywood Park. The turnout was sad, considering West Hollywood is THE gay capital of Los Angeles and it is THE Castro of Southern California. If City Hall couldn’t be the Mothership for the celebration, I seriously don’t know why they bothered.

I wrote about Black Pride, which began a long time ago with a bunch of hoodlum kids from Inglewood High School ditching class to go to the beach waaayyy back when I was an actual freshman at Inglewood High, so the connection to that ditty was a real trip.

And I landed a very last minute phone interview with Kelly Osbourne, thanks to the help of my friend Judd Minter and John Stapleton who do her hair and makeup–not to mention her assistant David Ruskey, who pretty much made the whole thing happen. The timing was perf. considering she and her “mum” are this year’s PRIDE Grand Marshals. She was gracious. She was articulate. And she kept screaming at her boyfriend—“Turn that music down! I’m doing an interview!” It was sooo Kelly O. The craziest part of the interview for me personally, was when she told me that she used to read my “queen of mean” articles (that’s what she called them) back in the day. “You were such a bitch,” she told me. I thought she was totally shitting me, but it turns out she really did read my drivel, so that was cool.

Finally I wrote something about meth addiction, involving a friend of mine who made the conscious decision to relapse after a year of clean time. It was a personal account, so I was able to sink my teeth into it. I’m mighty proud of the results.

Anyway…it’s the minor victories in life that really matter. It’s rare when hard work pays off. I saw my name pop up twice in the table of contents and I screamed like a little bitch and then I bent over backwards like an old dog. Pick up an issue while you still can. It will make you a better person. 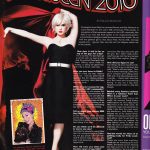 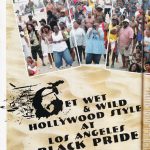 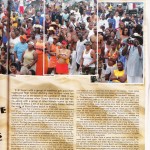 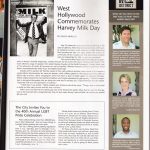 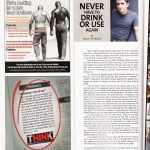 2 HEARTS THAT BEAT AS 1 PRE-PRIDE WITH THE OSBOURNES