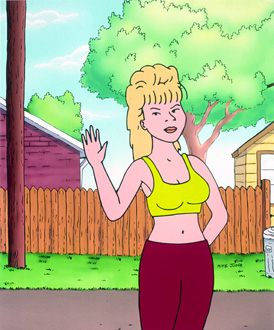 Did you hear? Brittany Murphy died of cardiac arrest in Los Angeles, California after barely turning 32.

She was found collapsed in her bathtub. It’s not really being reported, but all the pictures they are showing are of a Britney Murphy who looks sucked up and chewed up by what may or many not be an eating disorder, or an addiction to drugs (the word on the net is that she had a huge coke problem, but that’s not coming from me). If overdose is case, then she joins Michael J, Heath Ledger, DJ AM, Anna Nicole, and other current celebrities who did not know when to say WHEN!

I used to always confuse Brittany Murphy with Heather Graham for some odd reason. However, I never made that mistake again after realizing that she was the same chubby, frump girl that played Tai in the movie Clueless with Alicia Silverstone—“Why am I listening to you anyway. You’re just a virgin who can’t drive.”

She morphed from a lumpy Tai to a Hollywood blond glamour puss literally overnight. I say she gave Alicia Silverstone a good run and pretty much surpassed the entire cast from a movie that introduced her with a bad brown perm and a tacky sweater wrapped around her thick waist. She’s had some memorable roles, like the chicken-chewing, foul-mouthed nut in “Girl Interrupted” opposite Angelina Jolie, as well as playing yet another nutty girl who baby spoke those infamous words, “I’ll never tell” opposite Michael Douglas in “Don’t Say a Word.”

The movie list is impressive, but I will forever miss the voice of Luan Platter, the nutty niece of Hank and Peggy Hill from the cartoon King of the Hill. Louan was in her 20s, she spoke like she was in her teens, and she had the brains of a 10-year-old, but she was cute despite the yellow mullet and cutoff jeans shorts that were rolled up at the knees. She was a master at fixing cars and if I remember correctly, she was kind of slutty…until she found God, regained her virginity and married the reddest red neck of Arlen Texas (nice tooth and all) Elroy “Lucky” Kleinschmidt. The cartoon had it’s last season last year. It would not had been the same without her. 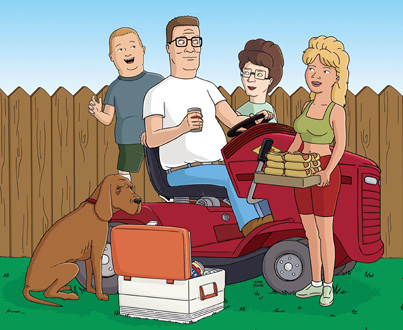 It’s sad to see celebrities die, mostly because it’s a nasty reminder that we’re going to die too. People are going to rip her to shreds following her death. Then we’ll martyr her. And call her a saint.